Rediscovering the Maniac Inside You

The other week, I was outside building a deck, like one does when you’re in quarantine. But I didn’t feel the spark of enjoyment using power tools usually gives to most well-adjusted individuals. The thrill was gone in this handyman relationship, if it was ever even there. Instead, I was in a deep melancholy that had only been growing the last few weeks. With each turn of the screw, my mind wandered more.

How did I get to this point? Had the universe tricked me into being some proper citizen of idyllic American suburbia that competed with the neighbors about appropriate grass length? It was a beautiful day, and I was out building a deck when, in any other timeline, I would be in a darkened theater watching Kung Fu horror movies as I wolfed down a bag of popcorn.

We are living in strange days indeed.

It was at that point, as I languished through these troubling thoughts, that a calming spirit came over me and reminded me of two valuable lessons:

So, I’ll try to honor that spirit of young film nerds with no money, grouping around the 7-Eleven dollar racks, voting to watch whatever movie has the most lurid and explicit cover art; to dive into the sleaze of the video nasties and offer any self-respecting fan of these films a few minutes reprieve of life and be one with their fellow brethren.

Richard Harrington of the Washington Post once wrote in a review of the film in 1988, “About the only people likely to enjoy Maniac Cop are maniac moviegoers . . .”, which I would respond to this decades-old blurb by saying, “Well, of course we are!” Anyone worth their salt is a dedicated maniac when it comes to watching these exploitation films, and I for one wear it with pride!

We start with a ghostly whistle permeating through the opening music that accompanies a montage of officer applying his uniform. But this music isn’t here to signal to the public that we are safe. It’s this strange cadence of the whistle that lets us know the Maniac is coming. And there are no laws for this killer posing as police in the dark shadows of New York City.

Conceived in the late 80s by the late Larry Cohen (It’s Alive, Q The Winged Serpent, The Stuff) and William Lustig after discussing what a sequel to Lustig’s Maniac (1980) might be. The two directors hashed out the idea that became Maniac Cop over lunch at The Ginger Man restaurant. It’s the best story you’ll ever get about three New York cops in search of a maniac psycho shish-kebabing victims around the Big Apple while pretending to be the fuzz. Maniac Cop has everything:

Described by Lustig and Cohen as “Frankenstein Meets The French Connection,” we are given the intriguing proposition of a monster movie in a film noir, and in most ways it succeeds.

Cinematographer James Lemmo (credited as Vincent J. Rabe due to union affiliations) does a beautiful job filling the screen with a dark foreboding atmosphere and stylized lighting of the cityscapes. Lustig, who hadn’t directed anything in four years, does a terrific job translating Cohen’s script and keeping streamlined energy that rarely plods.

A tinge of paranoia slowly creeps through the streets of New York as The Maniac allows some to tell the tales of his brand of justice. His presence is the manifestation of fears of police brutality run amok in the city, planting seeds of distrust in the establishment that’s supposed to protect it. But it’s also a warning to the police department . . . Cordell is coming.

The late Robert Z’Dar embodies the merciless on-person wrecking crew Matt Cordell: a once hard-nosed police officer who’s murdered in prison by the criminals he put away after being convicted of violating New Yorkers Miranda Rights with a Billy Club. But death doesn’t stop Cordell from coming back for revenge against the people that left him behind bars.

Our Frankenstein’s monster has risen and quickly starts turning bodies into Spam.

In an attempt to preserve the public image of the Department, Commissioner Pike (Richard Roundtree) tries to rein in world-weary detective Frank McCrae as he speculates that these crimes were committed by a police officer. Frustrated, McCrae puts all his chips in on a last-ditch effort to catch the killer by taking the story to the press. Sadly, his gamble proves futile as public anxiety hits a boiling point that culminates with a routine traffic stop that ends with a cop’s brains painting the streets red.

This trepidation soon corrupts every thought of Ellen Forrest, the wife of our protagonist policeman Jack Forrest, who she believes may be the killer cop. We get to feel her anxiety through the music. The slow whistle of The Maniac plays as she watches him get ready for his shift. Of course, with the trademark of all great Larry Cohen scripts, there is no such thing as a Boy Scout hero, and Ellen has every right to be suspicious of her husband, just not for the reasons she fears.

Jack’s frosty demeanor toward her and odd working hours don’t win him any favors. But with her guilt becoming unbearable, Ellen ventures out into the shadows of New York’s nightlife to follow her husband and learn the truth.

Tempers flare as she learns the truth in between the sheets at a sleazy motel where she finds her husband making nookie with police officer Theresa Mallory (Laurene Landon). Infuriated and crushed, she runs out and meets her doom at the hands of the real killer.

Now framed for the murder of his wife, Jack is forced to team together with his adulterous partner Mallory and Detective McCrae to put a stop to the vigilante terror filling the streets.

The pieces soon fall into place as bodies continue to pile up, leading to a head-turning moment late in the game that I won’t spoil for the uninitiated.

For me, one of the many draws to this film is how the cast approaches the material with a sincerity and seriousness that sells this supernatural idea. The film is an all-star gallery of character actors from Richard Roundtree (Shaft) and journeyman William Smith (Invasion of The Bee Girls, Any Which Way You Can), to John Carpenter mainstay George Flower.

Altogether, the dark, grimy New York atmosphere collate with multiple seventies neo-noir thrillers, combined with an established cast, add to the mystique of one of the last high points of 80s supernatural monster movies.

It’s entirely possible I’m giving this movie too much credit, but to me, this film (and series) encapsulates the spirit of B-movie horror/thrillers of the time. With word that Nicolas Winding Refn is rebooting a Maniac Cop series on HBO, now is the perfect time to dip your toes into the series that only gets crazier with each sequel. 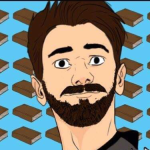 Lincoln is a librarian and writer living in Kentucky. When he isn’t checking books out to patrons, you may find him tinkering with 16mm projectors or telling strangers about his favorite horror movie Phantasm (1979).