Copper aceto-arsenite, chemical formula Cu(C2H3O2)2·3Cu(AsO2)2, is a pigment which goes by several common names: emerald green, imperial green, and Paris green. This pigment may be familiar as the green color in fireworks. It was a favorite amongst the Impressionists and the Post-Impressionists, and you can see a particularly vibrant example of it in Vincent van Gogh’s Self-Portrait Dedicated to Paul Gauguin. However, the “Paris” of Paris green doesn’t derive from a connection to 19th century ateliers. Rather, the development of this pigment’s common nomenclature tells a distinctly subterranean tale. You see, copper acteo-arsenite or Paris green has many uses, and is a particularly effective rat poison. It was used extensively to solve a nasty overcrowding problem in the Parisian sewers during the 1800s—hence the colloquial name. It was also used as an insecticide and was sprayed on fruit crops until the 1940s, when it was discovered to be highly toxic to humans.

It’s curious how appearance and nature can sometimes be completely at odds with each other; and fascinating how something beautiful and elegant can also be, quite literally, poisonous. The history of the horror genre is littered with references to duality and false-seeming. Shakespeare’s Macbeth (yes, it’s a horror story) gives us “Look like th’ innocent flower but be the serpent under ‘t” or “Stars hide your fires; Let light not see my black and deep desires.” Indeed, color has often been a signifier of seeming benevolence or hidden malice.

Psychologically speaking, yellow is the color of lightness, optimism and confidence, and yet yellow is not to be trusted, as it hides a sinister side. Cadmium yellow, for example, was yet another deadly pigment and was used pervasively (up until the 1970s when its more insidious properties were discovered) in children’s toys.  The duality of yellow takes us on a trip to Italy in the early 20th century.

The Italian publishing house Mondadori was founded in 1907. In the 1920s, amongst a variety of literary offerings, the company began to publish affordable paperbacks which were color-coded according to genre; giallo, yellow, was the color of the mystery/thrillers. These thrillers began life as Italian translations of English or American mystery novels by writers such as Agatha Christie, Edgar Allan Poe, or Raymond Chandler. The surge in popularity of these thrillers led to other, less reputable publishing houses mimicking their style, right down to the yellow covers, and so ‘gialli’ became the short-hand description for violent crime and mystery novels.

The content of the imitator gialli was graphically violent and salacious—appealing to the baser principles—and was often accused of perpetuating real-life violence. There’s a curious irony here, in that the authors of gialli often employed a ‘ripped from the headlines’ approach to their work. Tabloid journalism (itself referred to as ‘the yellow press,’ though the terms are unrelated) traditionally used sensationalism and exaggeration of the facts while revelling in lurid detail, and this fictionalized reality then became the source material for gialli. The gialli were then, in turn, accused of inciting or perpetuating the violence they portrayed, and the tabloid papers reported that violence in a dubious attempt to decry it while also revelling in the lurid details. It’s funny how things move in circles.

By the 1960s film had become the significant, popular, and accessible medium, and that violent old yellow would leak onto the screen and glow brighter than ever. Indeed, this cross-pollination of media would allow the genre an extraordinary thematic and stylistic expansion.

Mario Bava’s The Girl Who Knew Too Much (1968) is widely considered to the the first giallo film.1 Bava established many of the structural, thematic, and stylistic elements that would define giallo cinema throughout its heyday from the late sixties to the late seventies.

The recurring tropes included convoluted plots involving ‘outsiders’ who witness a violent crime and are subsequently disbelieved by the authorities and terrorized by the perpetrator—usually a masked killer wearing black leather gloves and brandishing a (usually penetrative) weapon. Scenes of violence were graphic, sustained, and brutal in nature and often spectacularly operatic in scale. The use of color and lighting was audacious (and often illogical). Music was an integral, nerve-shattering accompaniment to the on-screen action. Both music and color are also considered important structural elements on a par with characters and plot. In some cases there would be a gothic or supernatural aspect to the story, though giallo purists dispute these elements. Titles could be long and evocative: Mario Bava’s Blood and Black Lace, Hatchet for The Honeymoon, and Twitch of the Death Nerve; Antonio Bido’s The Bloodstained Shadow, Paolo Cavara’s The Black Belly of the Tarantula; Emilio Miraglia’s The Lady In Red Kills Seven Times, and The Night Evelyn Came Out of the Grave.

It is, perhaps, unfair to reduce an entire genre to a list of elements, albeit a Periodic Table of sadism and sleaze, but those elements are important to note, as ‘reading’ a giallo film is unlike ‘reading’ straightforward work of naturalist, narrative cinema, and requires a certain amount of genre-literacy before diving headlong into the bucket. Indeed, this may be why giallo films remain so much maligned—they are frequently sadistic, misogynist relics of the vulgar facets of their time. Many films were monstrous then, and so they remain. This is not an apologist’s perspective—giallo cinema can be unquestionably, inexcusably repugnant. From its origin in true crime stories giallo cinema (and fiction) sought to portray the ugliest aspects of humanity and, in doing that, pulled no punches. At times it could cross the boundary and manifest the aura of its referent—seeming to relish the degradation it portrayed. Nausea is part of the sensory and psychic landscape of giallo cinema. Yet, in territory so unrelentingly bleak, we occasionally encounter the sublime.

As giallo cinema developed so did its technical audacity elevating it above the grimy, tabloid thrillers from whence it grew. The giallo thriller reached its zenith with Dario Argento’s 1975 masterwork Profondo Rosso (Deep Red). The plot adheres to genre conventions—jazz musician Marcus Daly (David Hemmings) unwittingly becomes a suspect in a police investigation having partially witnessed a violent murder (“partially witnessed” is important in giallo thrillers!), and, along with journalist Gianna Brezzi (the incandescent Daria Nicolodi), is embroiled in an ever-darkening mystery to uncover the real killer’s identity—and yet, within those conventions Argento crafts a stylish, twisting narrative, with a startling visual sensibility which is both Omniplex and Art-House.

With Profondo Rosso Argento marshalls all the elements of the giallo, from convoluted set-pieces to black gloves, and exaggerates them all to glorious heights (it’s also marked by a curse of giallo cinema—that of being re-cut multiple times for various markets. If possible, find the full 126-minute original). Appearance versus reality, witnesses never quite seeing what they think, and the importance of examining ‘point of view’ are extended to their narrative extremes here. Profondo Rosso is as much a cinematic essay on (and love letter to) giallo cinema as it is a glittering example of the genre. It also marks the point of departure where Argento would move away from crime thrillers and into worlds of supernatural horror and fantasy. The grubby, malodorus reality of leather and razor blades would be replaced by the the alchemical, the diabolical, and the other-worldly. Though gialli would continue to be produced after ’75 they never quite reached the high water mark of Profondo Rosso again. And the viewing public’s taste would move away from kitchen knives and rat poison, out of the sewer, and onto a distinctly paraphysical plain.

So, is there still a place for giallo? It seems that the intervening years since Profondo Rosso have not entirely quelled the appetite for grizzly stories. True crime narratives (the very DNA of giallo) are as popular as they’ve ever been thanks to the tireless dedication of innumerable podcasters. Lovingly restored versions of long-forgotten giallo titles are constantly re-emerging in 4k transfers (I may finally get to see all nine re-cuts of The Night Evelyn Came Out of the Grave). Is there something vital in that prurient chemical combination that keeps us peeking through the crack in the door? Perhaps it’s that gialli offer us a safe vessel for our disgust, a khôra for our outrage, or perhaps it’s the duality in our chemistry—as much as we might want to, we simply cannot look away. 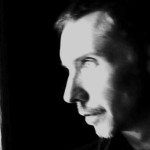 2 thoughts on “Obscene Beauty: A Potted History of Giallo Cinema”