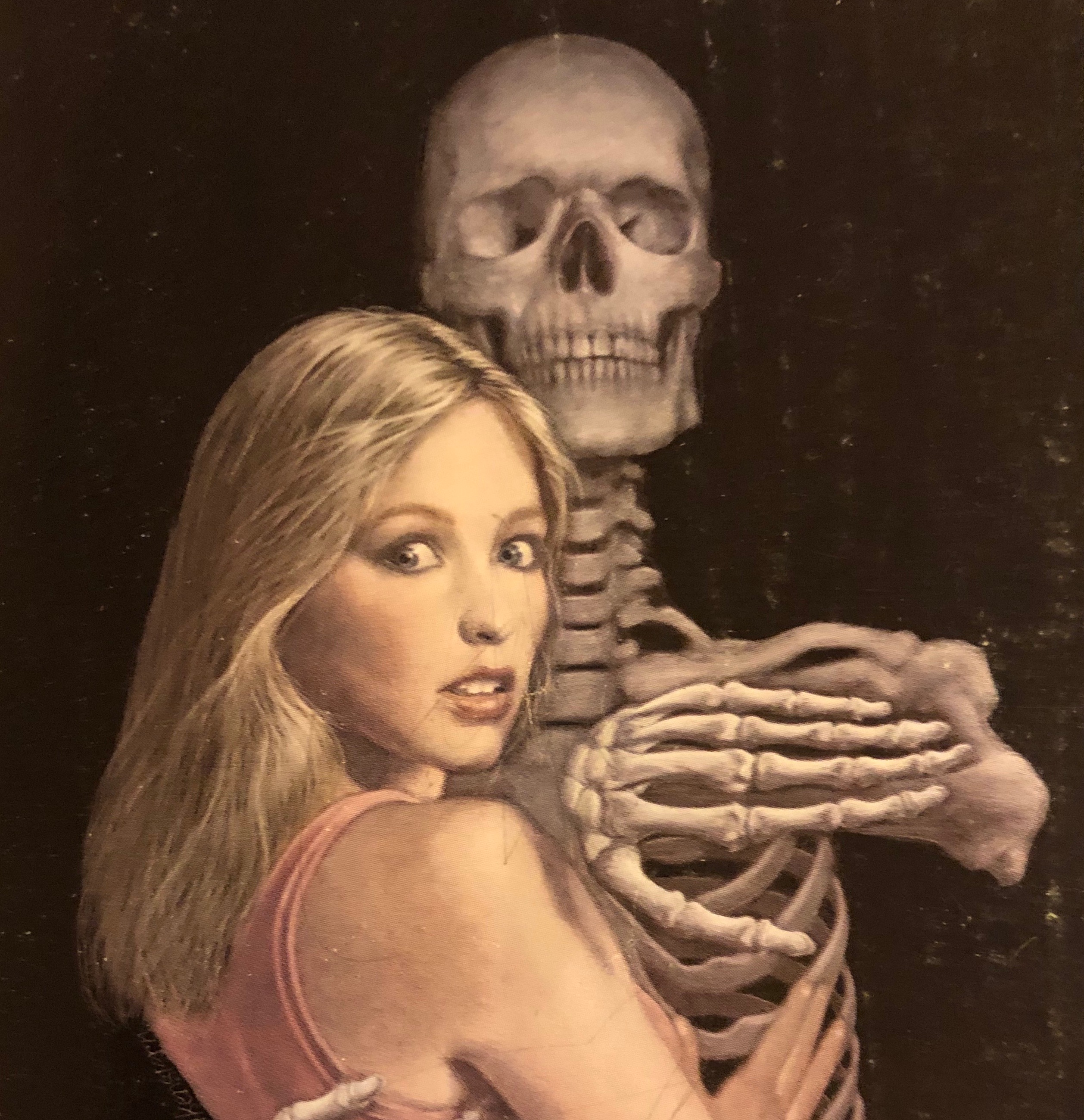 This review contains spoilers, so if you Googled and took a look at that sick cover and thought “I have to experience these 373 pages fresh,” you should come back to this when you finish.

Save the Last Dance For Me is the perfect horror novel gateway drug for those into soap operas, rogue detective stories, or happen to be a pre-teen girl.

I can already hear you thinking, “OK, but I’m not one of those things.” Listen, I hear you. You’re on a website called “Horror Novel Reviews.” You’re likely already into the genre and this is totally not the way to start a review for a general horror fan. But you’re curious, I can tell, so hold on to your dance tights (so that no one strangles you with them), the curtain is about to rise.

Judi Miller’s tale follows the classic “ballerina-meets-strangler” plot. Our ballerina is Jennifer, an ambitious and beautiful young dancer, who has her sights set on becoming a soloist in her NYC dance company. This is a totally attainable goal that she easily achieves so, ya know, good for Jennifer.

But there is a problem. Someone has been murdering ballerinas. And not just recently, mind you, this guy has been picking them off for a year. This, understandably, has everyone on edge, but no one more than Jennifer who is so cautious she’s afraid of her own dressing room. Of course, Jennifer’s caution proves justified when her fellow company member, best friend, and neighbor turns up dead.

Less interestingly, but more importantly plot-wise, Jennifer and her boyfriend are having some troubles. It’s nothing you haven’t seen before: She’s young and driven to succeed. He’s older and a successful foot doctor. She wants to go on a transcontinental tour with her company to escape the dangers of New York. He’s worried he’ll lose his tenuous grasp on this barely legal ballerina and wants her to stay and get married right away. Normal relationship stuff.

This disagreement leaves the love birds disgruntled, but I guess more so Jennifer, as she decides to leave dance rehearsal with the charming piano player Max to get day drunk at his apartment. Trouble with day drunkenness is it can lead to day horniness and so the two end up having sex in a scene that goes out of its way to describe “his hardness” and her “damp, silky panties,” and that Jennifer doesn’t make much noise when she orgasms (why do we need to know that?). So be forewarned.

Sadly, there was more to Max’s intentions than bagging a company soloist, and after a quick nap, Jennifer discovers this when she finds a series of ballet shoes strung up over his bathtub. Now she knows who she’s dealing with, but it’s (as always) too late.

I should stop here for a moment to say that I haven’t even begun to describe the many other storylines happening simultaneously, and I’m not going to spend much time on them, so here they are.

So there’s all that, too.

From good ‘ol Jenny’s discovery in the bathroom, things just get worse for the tiny dancer. Max makes her a gross hamburger, takes her to the basement, and makes her learn a ballet solo by practicing over and over until she collapses. Through all of this, Jennifer’s horror is largely directed toward the hamburger and the filthiness of the basement–not what I would be worried about in this situation, but who am I to judge?

Why is Max doing all of this? For his mother, of course. That psychotic, controlling, incestuous, alcoholic has an ax to grind with Jennifer’s ballet company, and the best way to get revenge? Why, make Jennifer learn a solo and dance it in the middle of the company’s big final performance of the year. Duh.

The strangest thing about this book is that it’s actually a book. What I mean is that it’s shockingly coherent for the amount of insanity it throws the reader’s way. The characters all have clear motivations, even if they are heightened to Passions-level emotional stakes. The settings are realistic and well described; each scene gives the reader something to look at from frigid New York City streets to Max’s uncomfortably disheveled bachelor pad (of doom). Even the twisted and uncomfortable flashbacks to Max’s terrible childhood help build an unsettling world of satin-clad terror.

If there’s one big drawback to the book, it’s the never ending amount of characters. Not only are there a slew of forgettable middle aged art patrons, dancers, and cops, there are also more red herrings than Gordon Ramsey could comfortably handle. When you have to set up no less than three potential killers, it’s clear the author is nervous that her plot is too thin.

Miller had nothing to worry about. Her book stands solidly at the barre, it’s back straight and strong, ready to entertain.

Save the Last Dance for Me is a wonderfully choreographed pre-teen confection of 80s horror. Go ahead, give it a shot.

This review was originally published on horrornovelreviews.com

Adrienne is a writer and editor from Seattle. Her work has been published around the web (Nightmarish Conjurings, Addicted to Horror Movies, Woot!) and for institutions including the Museum of Pop Culture and the 5th Avenue Theater. She has more horror paperbacks than can be medically safe and loves nothing more than to share these interesting artifacts from the recent past.

Adrienne is a writer and editor from Seattle. Her work has been published around the web (Nightmarish Conjurings, Addicted to Horror Movies, Woot!) and for institutions including the Museum of Pop Culture and the 5th Avenue Theater. She has more horror paperbacks than can be medically safe and loves nothing more than to share these interesting artifacts from the recent past.