Over the past year, we’ve chronicled some of the best underrated horror movies of all time. Sure, classics like Halloween (1978), Psycho (1960), and The Silence of the Lambs (1991) are good to revisit from time-to-time, but sometimes you want to step outside of your comfort zone and dig a little deeper.

So, if you’re looking for an underrated title to watch this Halloween season and don’t know where to start, we recommend checking out one of the following.

Twins of Evil (1971) is the film where the new and old brand of Hammer meet in perfect harmony. The story is based on the vampire tale Carmilla (1872) by Irish author Joseph Sheridan Le Fanu. It’s one of the earliest works of vampire fiction and predates Bram Stoker’s Dracula (1897) by twenty-five years. It’s also one of the first examples of the prototypical lesbian vampire. It’s a story steeped in pedigree and has been adapted in notable movies like Vampyr (1932) and The Blood-Spattered Bride (1972).

Originally, Twins of Evil was set to be titled the Vampire Virgins, but after producer Harry Fine saw a Playboy spread featuring real-life twins Mary and Madeleine Collinson, he decided to change the direction of the story and make it about them. Worth noting, they were the first twin identical Playmates; one can only imagine the type of stir this would have made in 1971.

In other words, it’s fair to say that the Collinson sisters were not cast for their acting abilities. The title, Twins of Evil, is an obvious, tongue-in-cheek reference to their ample bosoms. Nevertheless, they more than hold their own on-screen delivering honest and believable performances. –Anthony Darnell

(Culture) War is Hell: The Hunt

If you haven’t seen The Hunt there’s likely a good reason. The film was pulled before its initial release in 2019 after various big names objected to its content. The Wall Street Journal said it was “designed to stoke division in the country.” Time went with the more maternal, “not appropriate.” While the never-to-be-out-done Fox News said The Hunt “shows Hollywood for what it really is, demented and evil.”

But why? Why did all of these outlets lose their minds over a microbudget horror film? It’s difficult to tell. Most believe that production company, Blumhouse, decided to pull the movie in the wake of yet another tragic mass shooting. An understandable decision. Some also speculate that the president’s tweet, in which he suggested The Hunt was made to “inflame and cause chaos,” could have had something to do with it.

Whatever the reason, the picture was shelved for 2019, only to find a new VOD release in March of 2020. –Adrienne Clark

When Body Double was released in the fall of 1984, however, it was met with mixed critical reactions and tepid box office returns. But I think this movie deserves a reevaluation from modern-day audiences. Not for being a masterpiece, mind you; it’s much too campy for that kind of praise. This is a Cult movie with a capital “C.” –Anthony Darnell

By 1971, American revisionist westerns and their Italian equivalents had pushed the boundaries of cinematic violence and nihilism to previously unheard-of limits. Anyone looking to market their movie as a blood-soaked slaughterfest had a hell of a bar to meet, but that’s just what the makers of The Hunting Party sought to do.

Directed by journeyman TV veteran Don Medford, the film is far from the work of a New Hollywood auteur, and plays more as a purely commercial endeavor made for the sole purpose of capitalizing on the market opened up by The Wild Bunch and its ilk. Its grim sadism, over-the-top bloody violence and downbeat ending seem imitative and calculated rather than artistic, but its air of mercenary cynicism works strongly in its favor. It’s not here to play nice, it’s here to take your money and run. –Bob

Rediscovering the Maniac Inside You

Described by William Lustig and Larry Cohen as “Frankenstein Meets The French Connection,” we are given the intriguing proposition of a monster movie in a film noir, and in most ways it succeeds.

Cinematographer James Lemmo (credited as Vincent J. Rabe due to union affiliations) does a beautiful job filling the screen with a dark foreboding atmosphere and stylized lighting of the cityscapes. Lustig, who hadn’t directed anything in four years, does a terrific job translating Cohen’s script and keeping streamlined energy that rarely plods. –Lincoln Thorn

Let’s get this out of the way right from the get-go: Robert Altman’s 3 Women is the best horror movie that you’ve probably never seen. It’s so good, in fact, that esteemed film critic Roger Ebert of the Chicago Sun-Times named it as his favorite film of 1977 (and that was the year Star Wars came out).

But I have to be honest, it’s not really a horror movie in the conventional sense of the word. You won’t find any zombies, vampires, or hockey mask-wearing killers anywhere in this film. There’s a little bit of blood—so minimal I almost didn’t mention it—but that’s about it. On the surface, 3 Women seems like it’s just another late-1970s art-house character study, but its deep exploration of theme sets it above the rest and turns it into a phenomenal film. 3 Women dives headfirst into the subtle terror of personality theft, identity, and the idea of losing your sense of self to someone else. –Anthony Darnell

The Golden Age of Irredeemable Filth: Do the Ilsa Films Still Have a Place in the Modern World?

There was a time not long ago when Ilsa, She Wolf of the SS and its sequels enjoyed a sizable cult following among hardcore fans of sicko sexploitation. But their collective profile seems to have dropped precipitously in recent years. Dyanne Thorne’s death in January didn’t seem especially noteworthy in the horror community, and none of the films in the series are currently in print in the States. If you want them you have to buy either bootlegs or foreign releases and hope they’re not chopped up enough to render them unwatchable. The overall feeling I get is that they’ve been swept under the rug. Nothing to see here. Are they victims of a gentrification of horror fandom, too rotten, too tasteless, too controversial to survive in today’s woke environment? –Bob

Earlier this year, I tried my hand at writing my first anthology film, inspired by the Italian genre films of the seventies and eighties. For research, I revisited the likes of Burial Ground (1981) and Cruel Jaws (1995 [but shamelessly aping unlicensed footage from The Last Shark (1981) and Deep Blood (1989)]) but also, of course, a large number of anthologies. And while I could—and have—spoken at length for as long as I can remember on the merits of Tales from the Hood (1995), Cat’s Eye (1985)or Tales from the Crypt (1972)and the rest of the Amicus anthology series, those films have already garnered an enormous amount of well deserved praise over the years. On the other end of the spectrum, no one really needs to hear more griping about the infamously misguided Creepshow III (2006) or the seemingly endless onslaught of recent anthologies that have been shot on consumer grade camcorders. Those movies have a place, certainly, but in that phantom like middle ground between the lauded classics and maligned dregs of the portmanteau subgenre, there lie quite a few diamonds in the rough. And it’s here where we find a relatively obscure little gem known as Escapes (1986). –Saul Berenbaum

The Vibrant Lunacy of Nicolas Cage in Color Out of Space

Does the idea of Nicolas Cage doing a low-key Trump impression while channeling his special brand of zany, over-the-top acting bravado make you giddy with excitement? Do you have a soft spot in your heart for practical creature effects in the vein of John Carpenter’s The Thing (1982)? Or how about Annihilation (2016)? Do you absolutely adore that movie and want to dive into a similarly beautiful, but nightmare-inducing world?

If you answered “yes” to any or all of those questions, then look no further than Richard Stanley’s Color Out of Space (2020). –Anthony Darnell 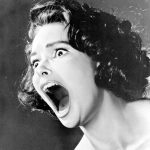 The stuff your parents warned you about. An editorial website focused on deep dives into horror, sci-fi, and cult media.